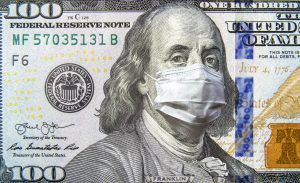 The  COVID-19 pandemic has disrupted all American’s lives and created a trickle-down effect upsetting aspects of our lives many did not originally anticipate.  Federal and State governments have blown the metaphorical whistle signaling the changing of tides and ordering the closure of stores, schools, government offices, and generally life as we have known it.

The Department of Labor reported over 6.65 million Americans filed for unemployment insurance last week.  In California alone, almost one million claims were filed in the last two weeks.

Of the myriad of people facing loss of employment amid the pandemic, some will be fortunate enough to receive severance packages as they make their exit.  Whether this feels fortunate or not will likely depend upon the following information regarding how severance pay is handled by the Court for support purposes.

In Stephenson, Husband and Wife separated after 31 years of marriage.  Husband was ordered to pay spousal support.  Nearly 10 years later, Husband filed a motion to modify spousal support in anticipation of his impending retirement, scheduled to occur 2 months later.   Husband was taking an early retirement from his employer as a result of economic conditions creating a downturn in the market for which he was employed.  Husband was provided severance pay that was nearly $20,000 less than his annual earnings at that point.  He stated he was afraid if he refused the severance pay he would be terminated form his employment anyway, but without severance.

The Trial Court held Husband’s reasons for early retirement were reasonable and treated his severance pay as compensation for 8 of 12 months.  From this the Court ordered his support obligation to remain the same for 8 months and granted a downward modification of spousal support thereafter to be based upon the parties’ circumstances in retirement.

Wife appealed and the Court of Appeal reversed.  The Court of Appeal held an order reducing support based upon impending retirement was premature.  The matter should have been scheduled 8 months out to determine the parties’ status at that point.

The Court also stated, “the nature of the cessation of employment, be it retirement, quitting or layoff, or whether it be voluntary or involuntary in character, is irrelevant when it comes to the trial court’s duty to consider statutory criteria before determining support obligations.” (Id. at p. 74.). Meaning, Husband’s lack of income as a result of retirement should not be the end of the analysis.  The Trial Court must also look to the criteria set forth in Family Code section 4320 and “determine his earning capacity, that is the income he is reasonably capable of earning based on a reasonable work regimen given his health, age, education, marketable skills and vocational history and the availability of employment opportunities.” (Id. at p. 83.) From this, the burden of proof remains on Husband to provide evidence to the Court of changed circumstances warranting modification.

For clarification, it should be noted that Husband’s early retirement is wholly different than a spouse retiring at standard retirement age.  That is a different blog for a different day.

In Tong & Sampson, Husband was a mutual funds wholesaler whose earnings varied based upon commission. A temporary spousal support order was issued by the Court, including an order for Husband to pay 35% of all his compensation over $25,000 as additional support.  Later, Husband was terminated from his job of 28 years with a sizable severance package.  Husband filed a motion with the Court seeking clarification of the effect of his severance pay on the support order and requested the sizable payout be spread out over the span of 13 months.  The Trial Court denied his motion, applied the total received as his monthly income for the specific month, and charged Husband with owing significant support arrearages.  Husband appealed and the Court of Appeal reversed in part.

The Court of Appeal looked to Husband’s severance package, which had four components: (1) a years-of-service component limited to 12 months of salary; (2) a lump sum in lieu of commission limited to a six-month benefit; (3) a healthcare component; and (4) a master retirement plan equivalent component. Husband’s final paycheck also included pay for any unused/accrued vacation time.

The Court held all of the above was “compensation,” however it was not reflective of Husband’s monthly compensation. Further, the prior order specified Husband was to pay 35% of his compensation over $25,000 for each month.   The Court held the bulk of the severance pay was intended to compensate Husband for 12 months of lost salary and 6 months of lost commissions.  Thus, it was not representative of a single month of compensation and should not be treated as such. Meaning, the Trial Court should allocate the lump sum severance pay for purposes of support over the period of time it was intended to cover and not treat the total as earned in one month.

So, what do these two cases tell us?

The takeaway from the above is the Court views severance pay as if you remain employed in the same capacity, until the pay is depleted.  Until the time period for which the severance pay was intended to cover, no change of circumstances has transpired warranting modification of support.  This is applicable to both child support and spousal support.  For spousal support purposes, the reasons for job loss are irrelevant because the Court is required by statute to consider spouses’ reasonable earning capacities when issuing permanent spousal support orders or modifications thereof.