Child Custody and Support Outside of Wedlock

Navigating custody and child support cases is a normal part of course proceedings. If you happen to be an unmarried parent who has newly separated from their partner, you might be wondering if any legal provisions are in place to support you and your child. In 2018, the CDC revealed 39.6% of all births in the United States resulted from relationships outside of wedlock, so this is hardly an unusual situation. However, the information and resources available to parents going through custody-related claims in court are generally focused on situations where the parents were previously in a legally recognized union.

How Does an Unmarried Status Impact Custody?

One of the first questions that often comes up after a separation is how custody will be determined, in addition to where the child will live, and what sort of visitation rights will the other parent be granted. If the parents are unmarried, California law dictates that this detail should not impact the court proceedings. That isn’t to say that any relevant details of your relationship will be ignored. For example, if one of the parents has previously been uninterested in forming any sort of connection to the child, they may have difficulty proving that they are now fit to be a parent. However, your former marital status, or lack thereof, is not considered as one of those details.

Instead, the courts will focus on what appears to be in the child’s best interest. California law also instructs that parents’ rights should be respected equally when it comes to gender. That means that fathers will have equal opportunities for custody as the mothers and implies that they have an equal obligation when it comes to providing for said children. A family law attorney can help you engage in mediation with your former partner. Together, you can establish what sort of relationship you wish to cultivate with the child, what resources you can provide, and ultimately what arrangement will be most beneficial to all parties involved without having to go to trial. In the event that you cannot achieve a peaceful resolution, your attorney will act on your behalf to ensure that your rights are respected and upheld in court, regardless of your gender or the length of your relationship with the other parent.

How Does an Unmarried Status Impact Child Support?

As stated above, California law instructs lawmakers to disregard the lack of a marriage between the parents when determining child custody. This includes any recommendations or judgments involving child support. Ultimately whether they’re married or not, both parents have equal rights to the child, and as such, both parents are financially responsible for supporting said child.

An algorithm initially determines the amount of child support due and the decision of who is legally liable to pay it. The results are then reviewed and approved or amended as necessary by the judge. This may sound like a simple matter of plugging in some numbers. In actuality, the calculations involved are very complex, taking multiple facets of the parents’ lives into account to determine what is most fair. 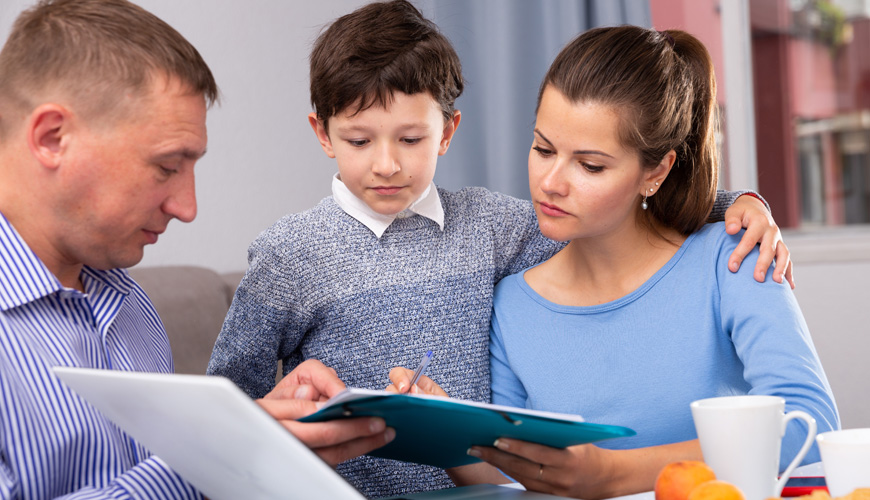 What Sort of Factors do Have an Impact on Child Support?

There are numerous factors that will affect the final amount owed in child support. This includes the following for each parent:

The goal of the calculation is to ensure both parents pay an equitable amount to their child, both in terms of monetary contributions and the physical labor of childcare. If the supported children spend significantly more time with one parent, then the other parent will generally have to pay more in child support to compensate.

How does this affect unmarried parents? While not always the case, relationships formed out of wedlock may have been intended as short term relationships, and one of the people may find themselves significantly less equipped to be a parent than the other. In the event that most of the childrearing duties fall to one individual, they can still rely on legal recourses to ensure that they are well supported for their efforts.

This continues to be paid out until the child reaches the age of majority. In the state of California, this is defined as achieving the age of 18 and no longer being a full-time high school student.

How Do You Initiate a Claim for Custody or Support Outside of Wedlock?

When the parents are married, the process of filing for divorce will involve matters of child custody as well. When the parents are unmarried, the process of separation is generally done with no involvement from the court, as they are not legally obligated to each other in any way. This can cause some confusion when trying to determine what the implications are for any children birthed during the relationship.

To initiate a claim to settle the legal rights and obligations to the child for both parents, they must file a parentage action, also sometimes referred to as a paternity action. This can be done by either parent, or you can both file together, depending on the circumstances of your case.

The first step in proceeding with such a case is establishing parentage. Given that the mother physically gave birth, her relationship to the child is not in question, so this generally refers to establishing that the other parent is the legal father of the child. At this stage, the father can either simply acknowledge that this is the case, after which the court will then move on to determine what custody and child support arrangements will be most appropriate for the child. If the father denies paternity, there will instead be a process to prove the paternity first prior to continuing with the case.

Find the Legal Help You Need for Child Custody

Attorneys at Bickford Blado & Botros have years of experience handling all sorts of complex family law cases and can help you navigate the complexities of parentage actions to ensure your rights are respected and upheld in court. Even outside of marriage, you are still protected by California law, and we will ensure that you will receive a fair judgement in relation to your child. To get started, simply contact our offices by calling us at 858-793-8884.