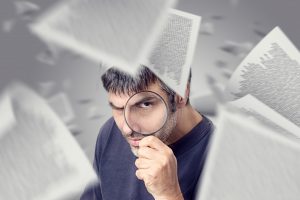 Once the initial paperwork in a divorce proceeding is filed, both parties must complete what is called a “Preliminary Declaration of Disclosure.”  This disclosure mainly consists of two documents, the first is the party’s “Schedule of Assets and Debts” and the second is the party’s “Income and Expense Declaration.”  Just as the names imply, these forms are designed to gather information related to each parties’ assets, debts, income, and expenses.  In addition to being mandatory, these disclosures are due early on in the case and are extremely important as they will be the framework for which a settlement, if possible, is reached. END_OF_DOCUMENT_TOKEN_TO_BE_REPLACED 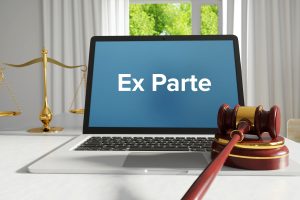 Pursuant to California Rules of Court, Rule 5.151(b), “[t]he purpose of a request for emergency orders is to address matters that cannot be heard on the court’s regular hearing calendar….[and] the process is used to request that the court: END_OF_DOCUMENT_TOKEN_TO_BE_REPLACED

Discovery is not the first topic that comes to mind when parties meet with a family law attorney for the first time.  In fact, there is a good chance most litigants have no idea what discovery actually is.  Sure, anyone who watches any of the serialized crime dramas on TV has heard of a subpoena, but most people have no idea what they are why they are useful.

In a nutshell, discovery is the process of collection evidence, whether that evidence comes in the form of documents, statements, testimony, or information.  There are several types of discovery a party can issue.  Which method a party chooses depends on what type of evidence they are looking to obtain.  This blog will briefly describe the most common forms of discovery used in family law cases. END_OF_DOCUMENT_TOKEN_TO_BE_REPLACED

Appeals can be a lengthy, difficult, and expensive process. In fact, most civil appeals in the Fourth District Court of Appeals, Division One (San Diego) take about a year from start to finish. If a trial court’s error is the result of a minor oversight or a mathematical error, it might be a better idea to simply direct the Court’s attention to the oversight or error than go through the trouble of an appeal. In our experience, judges have been almost universally open to correcting these kinds of minor oversights or errors at the trial level, particularly if the oversight or error resulted from the judge’s own mistake.

Personal health is a very important aspect of our lives, but for some reason we do not seem to give it as much thought as we should until that health is compromised.  It is cold and flu season right now and many of you reading this have either had a cold this year, or are going to catch one in the near future.  To those readers who will avoid getting sick this year, please tell us your secrets because we want to know.

Getting the cold or the flu is not the “health” I am referring to in this blog.  When I discuss health, I am referring to long-term or chronic health issues such as Lyme’s disease.  This also includes mental health issues such as clinical depression, as well as physical disabilities like carpel tunnel syndrome or paraplegia.  These chronic health issues are all very different, but they do have one thing in common; they often impact a person’s ability to work. END_OF_DOCUMENT_TOKEN_TO_BE_REPLACED

Many parties choose to have their divorce cases mediated by a professional mediator. This can have many valuable benefits. It can be cheaper, less stressful, and much quicker than your typical adversarial divorce. All other things being equal, working together is preferred to working against one another.

END_OF_DOCUMENT_TOKEN_TO_BE_REPLACED

The rules of evidence can be challenging. Understanding it is a skill that must be honed and refined, which is what we try to do at Bickford Blado & Botros. In this blog, we will discuss two of the most important evidentiary privileges and their importance in family law cases: the physician-patient privilege and the psychotherapist-patient privilege.

Statements made from an adult to their treating physicians/psychotherapists are absolutely protected from privilege, unless the issue is tendered or waived. END_OF_DOCUMENT_TOKEN_TO_BE_REPLACED

Many people understand that, generally, confidential communications between a person and his or her attorney are protected by an evidentiary privilege called the attorney-client privilege. Evidence Code section 950-962 lays out in detail how the privilege works.

What this means is that if a party or attorney wanted to know the substance of a confidential communication between the other party and that party’s attorney, an objection of attorney-client privilege can be raised and the Court should sustain that objection (i.e. grant the request).

END_OF_DOCUMENT_TOKEN_TO_BE_REPLACED

In family law we spend a good deal of time talking about court orders.  There are orders for child support, orders for spousal support, custody orders, and orders for the payment of attorney fees.  Getting more specific, all of the aforementioned orders can either be interim orders (also called temporary orders) or they can be final orders. The point of this blog is to discuss court orders in a family law context and to provide some basic understanding of how, why, and when they are made.  This is only a basic discussion of orders, a topic that can be very complex.  For this reason, you should speak with a qualified family law attorney about your specific case so you can be certain you fully understand your rights. END_OF_DOCUMENT_TOKEN_TO_BE_REPLACED

As much as Johnny Depp has tried to keep the happenings of his divorce from Amber Heard under wraps, the media continues to report as their story unfolds. The latest headlines from Johnny and Amber’s divorce indicate that the parties have each set depositions of the other, which may or may not be postponed. Regarding the depositions, each of their attorneys have made varying allegations about the other party. It appears that although Amber showed up for a previously scheduled deposition date, Johnny’s attorneys were unable to take testimony from her because she was in the next room room crying, pacing, screaming, yelling, and laughing the entire time. Of course Amber’s lawyers say that this is completely false. Amber’s “people” also stated that it’s “highly unlikely that Johnny will appear and cooperate” for his upcoming deposition.

It is unlikely that when you think of the divorce process, you associate it with the taking of depositions. That is because depositions may not be as widely used in family as they are in other areas of law, but even so, depositions can be a valuable resource in a contested divorce matter. The following are some facts regarding depositions as they relate to divorce proceedings.