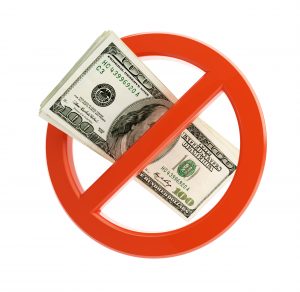 In California, “except on written agreement of the parties to the contrary or a court order terminating spousal support, the court retains jurisdiction indefinitely in a proceeding for dissolution of marriage or for legal separation of the parties where the marriage is of long duration.” (See California Family Code section 4336(a)(emphasis added.)  Pursuant to Family Code section 4336(b), a marriage of long duration includes any marriage (from the date of marriage to the date of separation) lasting 10 years or longer.  Therefore, in California, the court generally retains jurisdiction to make spousal support orders for marriages lasting 10 years or longer. END_OF_DOCUMENT_TOKEN_TO_BE_REPLACED

This is exactly the case in the Philippines, the only country in the world (outside of the Vatican), where divorce is still illegal. There, couples may file for a legal separation, which would allow them to lead separate lives and split their property, but they remain legally married. If parties do become legally separated, they are not able to remarry later, and even worse, if they become engaged in a new relationship even after legal separation has been granted, they risk being criminally charged for committing adultery. END_OF_DOCUMENT_TOKEN_TO_BE_REPLACED

END_OF_DOCUMENT_TOKEN_TO_BE_REPLACED

At some point during your divorce you will inevitably be feeling emotionally drained. You may feel like the only person in the world going through your type of situation or you may wonder if there is hope for you to someday remarry again. Here are some fun facts regarding world record holders for marriage and divorce to help lighten your mood for those difficult times during a divorce.

According to the Guinness Book of World Records:

Highest Divorce Rate:
The Maldives is the country with the highest divorce rate in the world. The Maldives has 10.97 divorces per 1,000 inhabitants per year. The Unites States is third in line, with 4.34 divorces per 1,000 inhabitants. So even when you feel like the only one going through a difficult time, think of all the other people going through a divorce right alongside you!

Hollywood Stars to Marry the Most Amount of Times:
We are constantly hearing the latest gossip about celebrity marriage and divorces. Well, Lana Turner, Mickey Rooney, Zsa Zsa Gabor, Elizabeth Taylor and Georgia Holt, have surely had plenty of attention as they have each been married eight times. So even if you’re going through your second or third divorce, just remember that some people have gone through seven divorces!Oldest Person to Get Divorced:
Harry Bidwell of the United Kingdom is the oldest known divorcee. He divorced his 65 year old wife on November 21, 1980 at the age of 101. Just imagine trying to handle all of the divorce paperwork at age 101, seems a bit daunting. Bidwell is proof that you’re never too old to get divorced.

Oldest Couple to Get Married:
In February 2002, Francois Fernandez and Madeleine Francineau exchanged marriage vows in France at the age of 96 years 290 days and 94 years 201 days, respectively. Even if your dating life seems bleak during or after a divorce, remember that there is still hope of finding a mate as you get older.

Most Marriage Vow Renewals by the Same Couple:
Apparently one wedding wasn’t enough for US couple Lauren Lubeck Blair and David E. Hough Blair, who as of November 2011 have renewed their marriage vows 101 times since they first got married in 1984. Additionally, all of those wedding ceremonies have been in separate locations. Oddly enough, the first time that David proposed Lauren said no!

Couple to be Married the Longest:
If you’re thinking about getting married again after your divorce maybe you should get some advice from Herbert Fisher and Zelmyra Fisher who, as of February 2011, were married for over 86 years.
END_OF_DOCUMENT_TOKEN_TO_BE_REPLACED

If you have not started dating during the divorce process, it is a good idea to remain single through the final stages of divorce (within reason). A lot of the major kinks get worked out and all of your paperwork gets finalized at the end of the divorce process. Depending on the amicability of your divorce, if your soon-to-be ex-wife finds out that you are dating someone new, it may derail the entire settlement/closure of your case. On the other hand, if your divorce is extremely contentious and has been dragged out for years, it may be more reasonable for you to begin dating prior to the end of the case. The most important thing is to gauge the situation and to take into consideration how your new love life could impact you financially and emotionally in your divorce.

Once you are officially single, it is important to have clear boundaries with your ex-wife. Are you calling her weekly “just to catch up”? Do you still have personal belongings in her home? Although it is nice to remain friendly with your former spouse (especially if you have children together), it’s probably not a good idea to stay so close. Frequent communication with your ex-wife and trips to her house might create confusion for the both of you during a difficult time. Men should definitely not rush into new relationships just because they are divorced, but it is also healthy to fully separate from a former spouse. Try to avoid pressure from friends and family to “get back out there” if you are not ready. A stereotype persists that men are less emotionally damaged from divorce and that all divorced men are excited to start dating groups of new women. However, if you are not ready for that it could backfire for you creating even more unnecessary drama in your life.When you decide it is a good time to start dating again, it may be a good idea to make some changes to your physical appearance. If you have a gym membership, start going more often. If not, get a membership and start working out on a regular basis. Take better care of your body by eating healthier foods. Show off your new physique with some new clothes. These physical changes will boost your confidence (especially around women) and help improve your overall attitude and mood. When you feel better about your appearance then you can start building a more positive self-image. Overall divorce can be a stressful, exhausting, and devastating process. However, the best way to get past your divorce is to learn from your mistakes, focus on the good memories, and start a new future.
END_OF_DOCUMENT_TOKEN_TO_BE_REPLACED

Just because you’re in the process of ending your marriage through divorce doesn’t mean that it’s the end of all hope for future love, romance or even another marriage in the future. However, while you might be eager to move on with your love life by jumping back into the dating scene, there are a few reasons why you might want to take a step back and put dating on hold until after your divorce is finalized.

When it comes to dating while going through a divorce, it’s important to take a step back and look at the reasons why it might be in your best interest to wait until the divorce is officially over before seeking someone new. Even though you might feel lonely during a divorce and feel a longing to fill an empty space, remember that a divorce is only a bump in the road and that you have plenty of time afterward the divorce is final to begin moving on with your life. Focusing on resolving your divorce, rather than putting your time and energy into dating right away, will likely result in a quicker divorce with hopefully less emotional exhaustion.
END_OF_DOCUMENT_TOKEN_TO_BE_REPLACED